Hundreds of protesters stood outside the CNN Center in downtown Atlanta on February 26 in a show of support for Ukraine.

The rally was organized by the Ukrainian Congress Committee of America’s Georgia chapter. 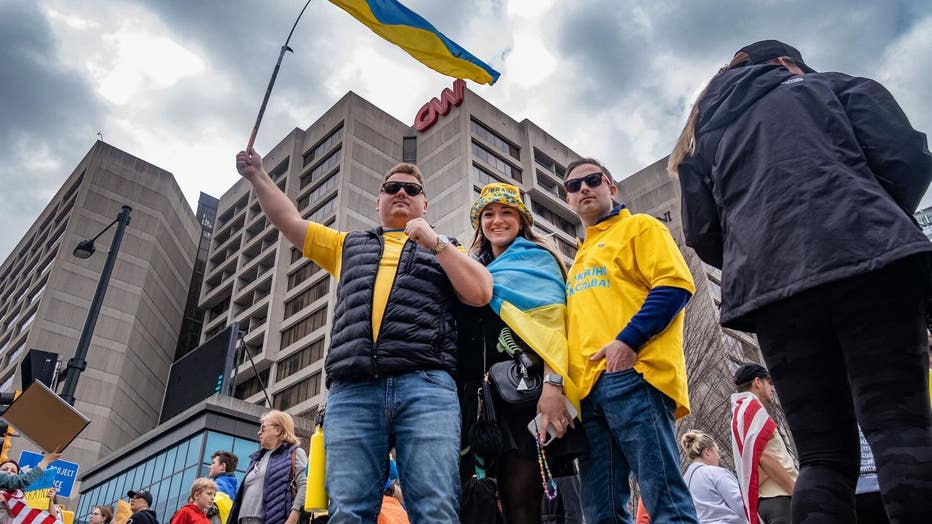 A rally in support of Ukraine outside Centennial Olympic Park in Downtown Atlanta on Feb. 26, 2022. (Billy Heath/FOX 5 Atlanta)

At least 200 Ukrainians have been killed as a result of the Russian invasion as of Saturday evening. Meanwhile, around 1,100 civilians have been injured following the bombings.

“To show people that Ukraine matters and that Ukraine is a country that is proud and wants to stand on her own and not be part of Russia,” one demonstrator told FOX 5.